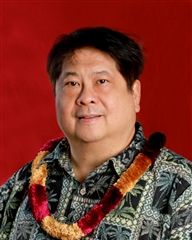 ﻿Member
Russell Leu both practices and teaches law.  Maintaining a China law practice for the past 16 years in Beijing, China, Russell has counseled American companies on their China inbound investments as well as private Chinese companies on their China outbound investments. He has also negotiated and documented their international transactions.  Russell’s representative work has included counseling U.S. companies on corporate and China regulatory matters, structuring their investments through PRC legal investment structures, conducting legal due diligence, advising and assisting clients on protection of intellectual property through technology transfers under licensing transactions as well as documenting licensing transactions, representing international clients with claims in PRC bankruptcy proceedings and advising clients and presenting claims through international arbitration proceedings in China before the China International Economic and Trade Arbitration Commission.

Russell is a law professor on the law faculty of the Beijing Foreign Studies University School of Law where for the past 11 years he has taught international and investment law along with U.S. common law courses. He has also served as the law school’s Vice Dean and had established the law school’s model curriculum for the study of American law and common law.  Russell is also an Adjunct Law Professor of Temple University Beasley School of Law at their Beijing campus location at the Tsinghua University School of Law where he teaches Professional Responsibility as well as U.S. common law courses.

Russell obtained his J.D. from the University of San Francisco.  He served as the judicial Law Clerk to two federal bankruptcy judges, Honorable Lloyd King and Honorable Cameron Wolfe, in San Francisco, California.  He is a licensed attorney in the State of Hawaii and a member of the Hawaii Bar.

Russell resides full-time in Beijing, China, and also maintains a residence in Honolulu, Hawaii.
Back