Founders Day Mass: 110th Anniversary of the Founding of the Maryknoll Sisters

2/15/2022
Maryknoll School
Today was a day of celebration as we held our Founders Day Mass: 110th Anniversary of the Founding of the Maryknoll Sisters — joining our school community in worship and commemoration. Following the mass, our Maryknoll Sisters then toured the campus, visited our young Keiki, and delivered their traditional frozen desserts to students, capping the day with smiles. 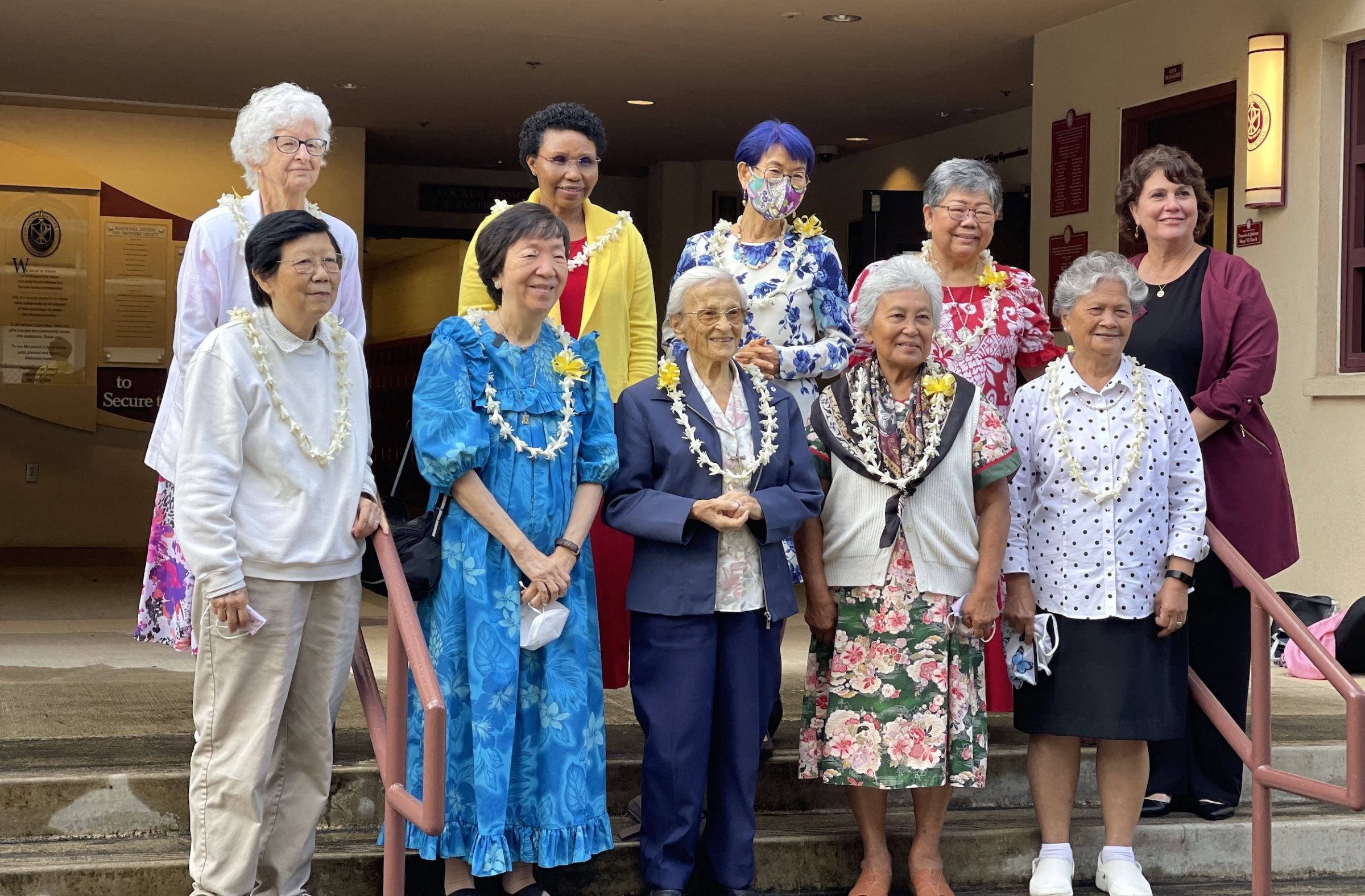 Our Maryknoll Sisters give witness to God’s love and devote their lives in service. As nurses, doctors, teachers, theologians, social workers, environmentalists, and more, they serve the needs of the people – the poor, the ailing, and the marginalized – where they are missioned.

The vision that is now Maryknoll School began with a young priest and six Maryknoll Sisters more than 90 years ago. When Maryknoll School was blessed in 1927, the student body was comprised of just 93 boys and 77 girls. Six Maryknoll sisters taught classes in a one-story building on Dole Street.