Brennan spoke with his baseball teammates, the Wai Kahala Athletic Club (WKAC) Giants, many who are also Spartans in the 3rd, 4th, and 5th grades. The players decided to host a special Epilepsy Awareness Game. 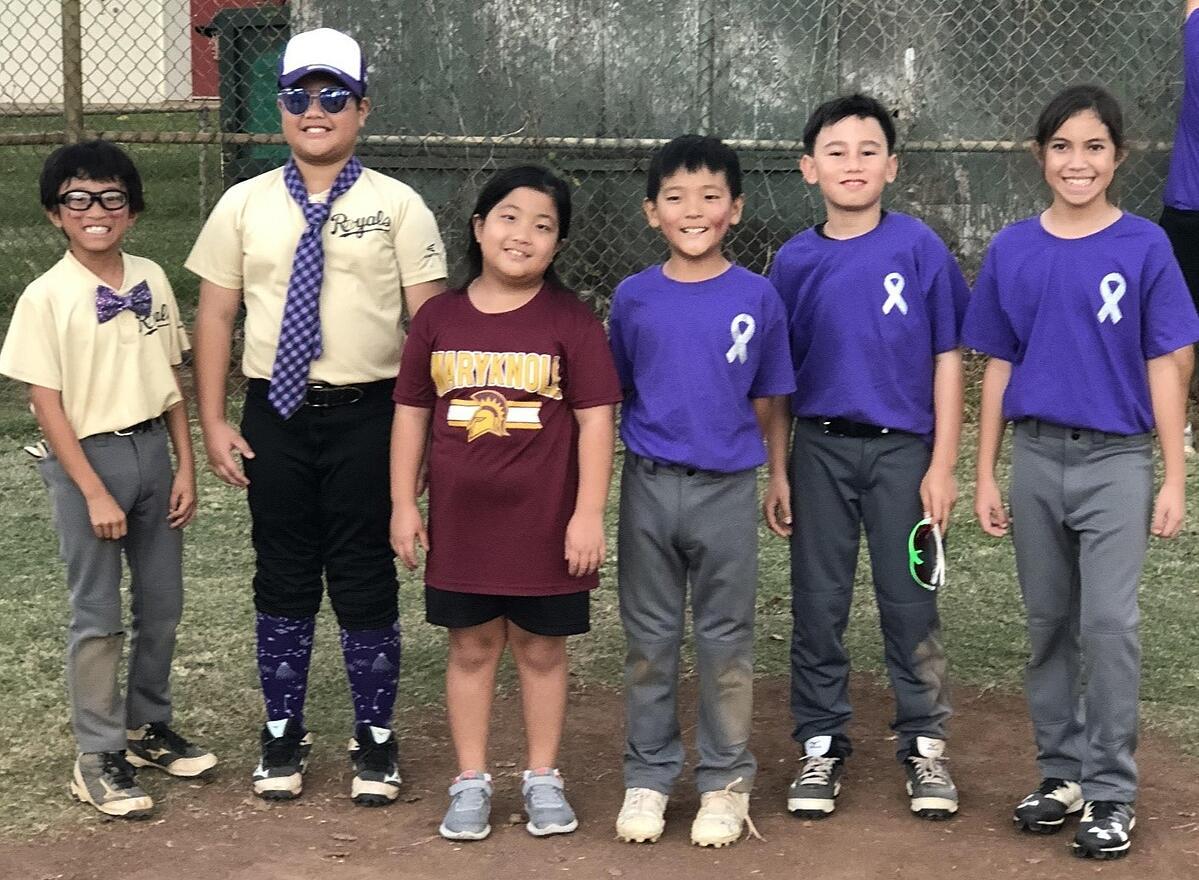 Left to Right: Nolan Ito (Class of 2028), Kaha'awinui Kong-Mafile'o (2028), Kira Yamamoto (2027), Brennan Yamaguchi (2027), Kaimana Snow (2027), and Hailey Bell (2026)
With some coordination help from me, donations of informational comic books from the Epilepsy Foundation of Hawaii, and supplies of post-game taro chip snacks from Jimmy Chan of the Hawaiian Chip Company, the Giants hosted the first Epilepsy Awareness Game in November 2017 against the WKAC Padres. On November 28, 2018, the Giants hosted the Second Annual Epilepsy Awareness Game against the WKAC Royals.

Players and parents wore purple, the international color representing epilepsy awareness – from their sunscreen to their socks, and enjoyed a fun game of competitive baseball while also learning more about epilepsy. Both years players came up to me to tell me they read more about epilepsy after the game, and a lot of parents appreciated that we took the time to teach and bring awareness!

One in ten adults will experience a seizure in their lives. If our players and coaches can identify a seizure and know what to do, we can assist more people who live in our communities.

Brennan told me afterward, “I really liked playing in this baseball game because I liked seeing my friends happy. It was great to teach my team what I learned about epilepsy, so they would know what to do when someone has a seizure. My hope is more kids will spread this message though other activities.”

THE IMPORTANCE OF CHARACTER EDUCATION
I’ve been impressed with how Maryknoll inspires students to serve others and the community by teaching service learning and character education. Students are encouraged to exercise justice, respect, and equality without regard to religious, social, or cultural background. I believe that Maryknoll students learn to use their talents and abilities to drive positive change – whether in the classroom, on the field, or in the community.

Brennan knows he is blessed to grow spiritually and academically in such a wonderful Christian environment and that he has the duty to give back and show compassion. 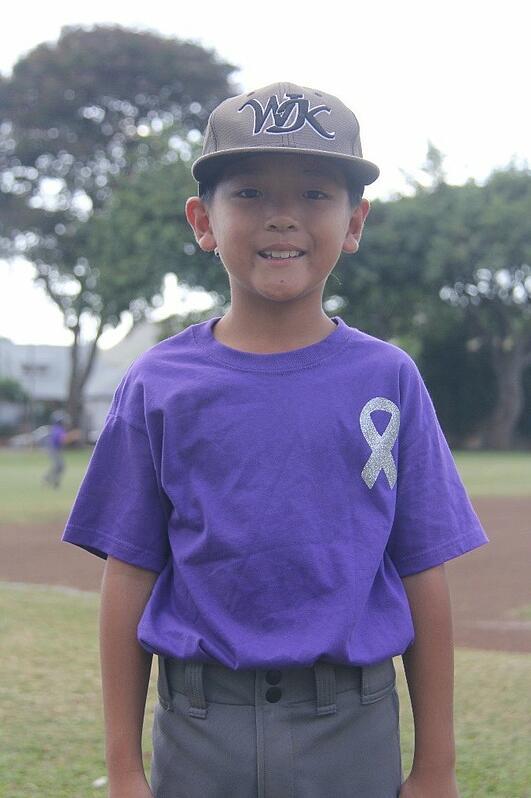 I appreciate that Maryknoll consistently communicates positive character messages and enables students to collaboratively serve the community. Maryknoll students learn to be global citizens of character – people who want to build a society of lasting peace and justice.

I think it’s absolutely wonderful that Maryknoll encourages their students in such a positive way to find solutions in the community. My husband and I are really proud Brennan is a Spartan.
Back